I came across this article and realized another reason why I despise Microsoft and most of its software products — Ads, and lots of them.

The most obvious comparison is Microsoft’s MSN Live Messenger and Apple’s new iChat 4.0. The differences in the interface design is stunning. Notice how Microsoft tries to show off all those features that it has on the UI of MSN Live Messenger! Are they supposed to compensate for something else that’s lacking? And notice the ad at the bottom of the contact list — how annoying! I guess they just can’t stand giving something out free for nothing… When I installed it to play with, I had to download a third party app (MSN Live! Plus) to “clean up” the UI to get rid of 90% of the UI clutter. 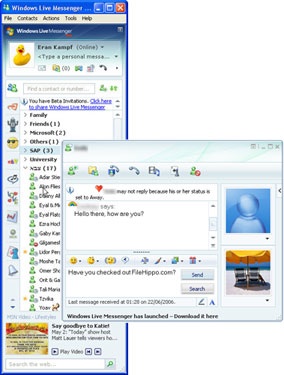 Now compare that to iChat since 1.0…. Ah~~ clean and soothing… Elegant. 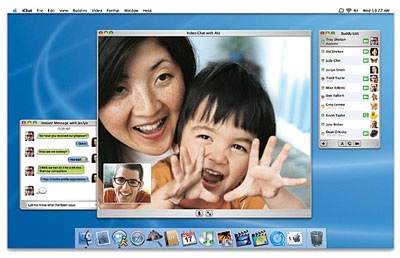 There’s something about the way Microsoft’s applications operate and how things are integrated that seem so… repulsive. It’s like they are begging not to be used. I don’t mind ads as long as they are not in my face like most of Google’s.

Another thing about MSN Live Messenger is the lack of tab support. I mean, Apple itself is late to the “tab” party, but through a plugin, its previous version was able to have tabs for multiple chat sessions. And the latest iChat also has a great way to support tabs. Looking at MSN Live Messenger though… If you are unfortunate (or fortunate?) enough to get hit up with more than a few simultaneous chat sessions, you can say goodbye to your spacious desktop real estate…